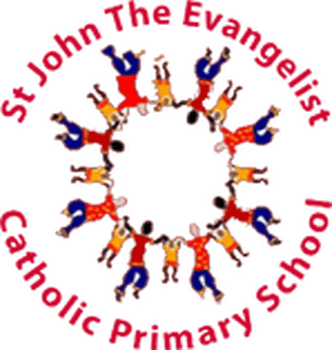 "People were bringing little children to him, for him to touch them.  The disciples turned them away, but Jesus was annoyed and said to them: 'Let the little children come to me and do not stop them.'  Then he put his arms around them, laid his hands on them and gave them his blessing."

Bishop Marcus has made changes to the way we prepare children for First Sacraments from September 2017.

First Holy Communion when they are in Year 4.

Secondly children will be eligible to receive the Sacrament of Confirmations in Year 6.

Meetings have been arranged by Father Paul to explain these changes, but further details can also be obtained by contacting

© 2022 St John the Evangelist Catholic Primary School, a Voluntary Academy.
Our school website is created using School Jotter, a Webanywhere product. [Administer Site]
We use cookies to provide you with the best experience on our website. Read our Privacy Policy to find out more.